Rising from Victoria Harbour, with skyscrapers touching the clouds and green-ridged mountains towering on the horizon, Hong Kong is a heady mix of sophisticated culture and natural beauty, with art galleries, outdoor spaces, and a seemingly unlimited menu of dining options, from street-side noodles to multicourse tasting menus. Whether you’re on Hong Kong Island or the Kowloon Peninsula – the two sides of the city are separated by the iconic harbor – this premier destination offers something for every type of traveler. If you’re heading here for the first time, be sure to bookmark these recommendations.

State of the Art

Art Basel arrived in Hong Kong in 2013 and quickly gained traction as a fair on par with its counterpart events in Switzerland and Florida, attracting artists and hundreds of galleries. And yet, “Art Basel Hong Kong is just the tip of the iceberg when it comes to the overwhelming demand for contemporary art in Hong Kong,” says Virtuoso travel advisor Michael Holtz. “There’s an appetite for innovation combined with a return to Asia’s fast pace of life. Travelers with an eye for art attend Basel not only for the opportunities to purchase exciting works of art, but to be inspired by the destination and hotel they are temporarily calling home, such as the iconic Peninsula Hong Kong or Rosewood Hong Kong.”

The city’s 140-plus galleries include branches of the world-renowned Gagosian and White Cube galleries. Even street art is plentiful here: From back-alley walls (look for signature illustration-style works by Hong Kong artist Messy Desk) to the HKWalls Festival, the city itself feels like a canvas. Travelers can dig deeper into the contemporary art and design scene with a stay at The Upper House – the 117-room boutique hotel designed by Hong Kong architect André Fu showcases top local artists.

To explore the heart of the city’s new high-tech arts culture, head to the West Kowloon Cultural District. The developing neighborhood sprawls across almost 100 acres on a peninsula next to the harbor, encompassing museums, performance venues, public outdoor spaces, and a waterfront promenade. The most anticipated addition: M+ Museum, which opens in late 2021 with LED-heavy exhibits celebrating twentieth- and twenty-first-century art, design, and architecture. 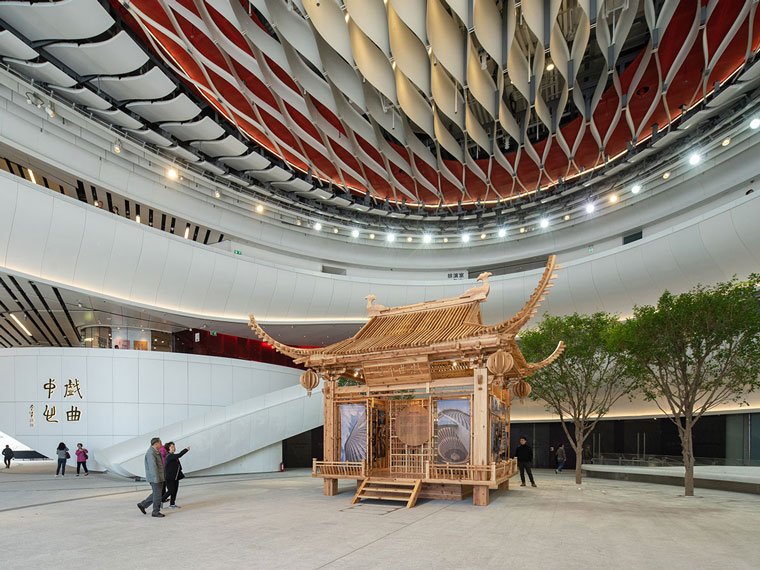 In the same area, Xiqu Centre, a space for classical Cantonese opera and other forms of traditional Chinese theater, opened in 2019 and hosts xiqu troupes, local experimental theater, and more. Inspired by iconic paper sky lanterns, the building re-creates the ambience of the city’s early twentieth-century teahouses.

Virtuoso travel advisor Joe Galli recommends the nearby Grand Theatre at Hong Kong Cultural Centre for an Opera Hong Kong production: “What a fabulous hall and outstanding performance,” he says. “The best part: It’s right in the center of Kowloon, where everything is happening.” For accommodations close to these experiences, consider the Ritz-Carlton, Hong Kong, which overlooks the district from the top floors of the International Commerce Centre, steps away from museums and cultural centers. 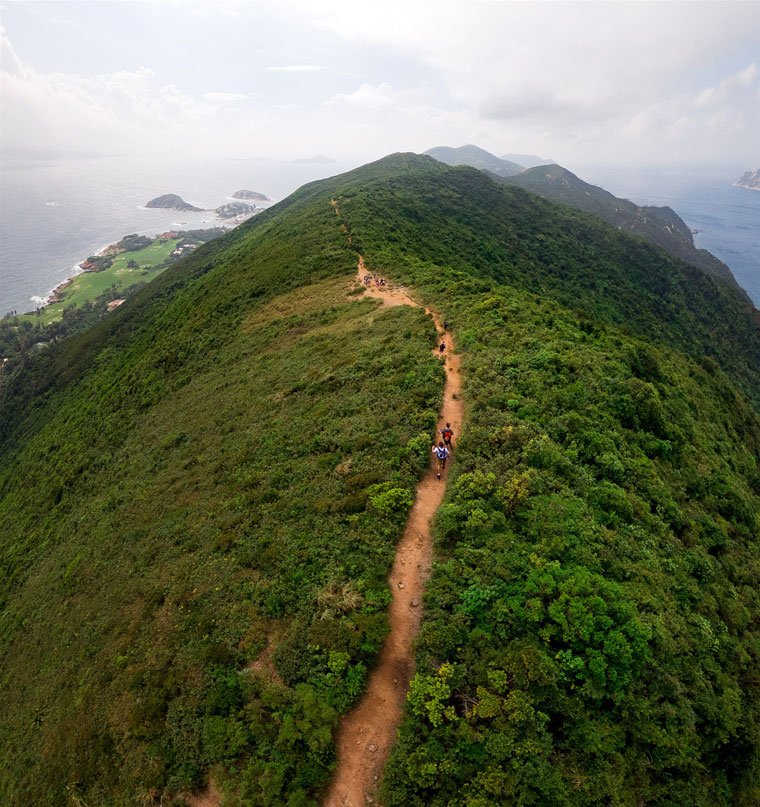 Think of Hong Kong and green space may not be the first thing that comes to mind. But in fact, it’s easy to quickly escape the urban bustle: 70 percent of the entire 427-square-mile territory is natural green space, with villages, beaches, and hiking trails just outside its urban core. If there’s one must-do trek, it’s the five-mile final leg of the 31-mile Hong Kong Trail, a path that follows the Dragon’s Back ridge to stellar views and the surf beach at Big Wave Bay in Shek O village, a popular day-trip destination. Hard-core hikers pack for the epic 62-mile MacLehose Trail, named for the governor who established Hong Kong’s Country Parks system.

Hong Kong’s territory includes more than 260 islands, where visitors can visit fishing villages by way of a 30-minute ride on the Central Star Ferry. Expect a warm, subtropical climate ripe for eating fresh-caught seafood, biking on small roads past cafés and teahouses, or trying kiteboarding, windsurfing, and kayaking from the numerous beaches. Lamma and Lantau islands are perhaps the easiest to reach from the city proper, but once there, travelers can island-hop on smaller local ferries.

As an alternative waterfront activity back in Hong Kong’s downtown, Virtuoso travel advisor and city local Charlotte Harris suggests nature lovers hire a traditional Chinese junk or a luxury yacht to sail around the island for the day. “Or head out to the countryside, where you can jump into the sea to cool off or swim to a secluded beach,” she says. 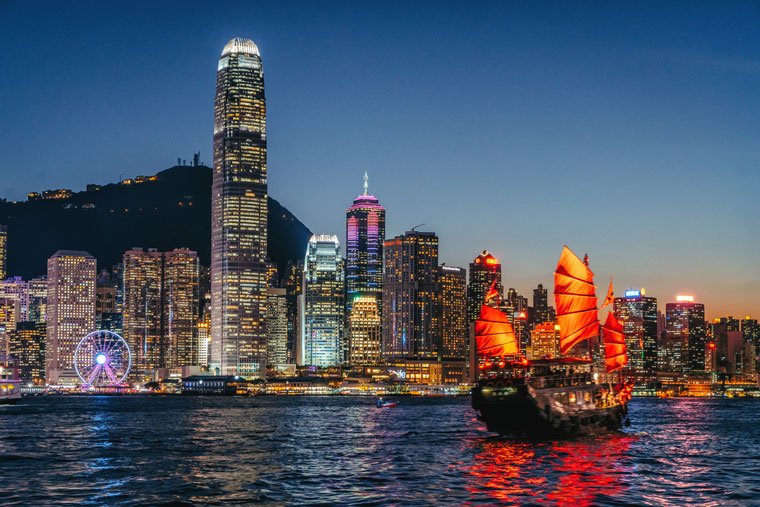 In the evening, junks ply routes across Victoria Harbour that allow for views of the Symphony of Lights show, a music and laser spectacle that illuminates the city’s skyscrapers every evening.

A Plate for Every Palate

Hong Kong has one of the highest per-capita concentrations of places to eat in the world – including 69 Michelin-starred restaurants, the most of any city in Asia. The joy of eating in the city is that you can go simple (and affordable) at casual spots such as Tim Ho Wan for dim sum (we recommend the shrimp dumplings and steamed beef balls), or go haute at culinary standouts such as the trio of Michelin-starred restaurants at the 399-room Four Seasons Hotel Hong Kong. The hotel’s eight combined stars – three each at classic French Caprice and Chinese Lung King Heen, and two at Edomae sushi haven Sushi Saito – are the most for any single hotel in the world. 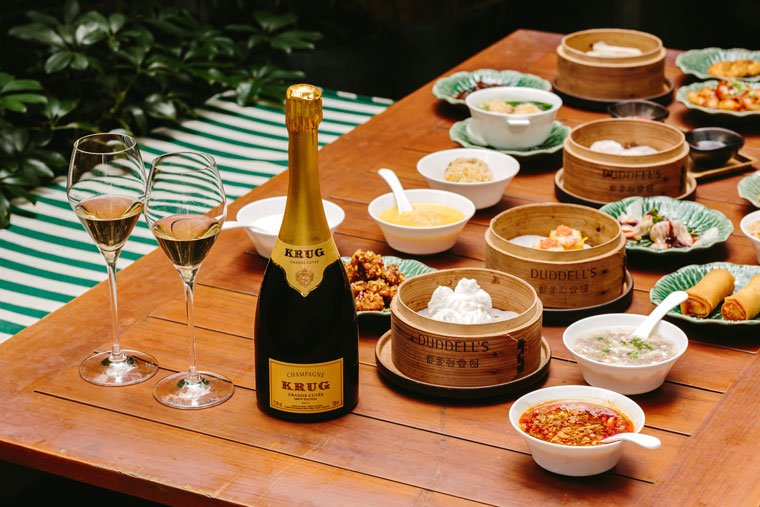 Where to Stay in Hong Kong

Settle in at one of our favorite hotels in the city:

To learn more and schedule your vacation with Le Grande Butler, contact us today!